The following are excerpts of The Star Ledger's report of the lawsuit: 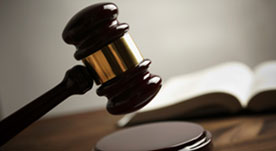 "The internal controversy over the cardiologists came to light after the university's former chief of the Division of Cardiology settled a whistle-blower lawsuit in state Superior Court in June, which charged that UMDNJ broke the law and then forced him out when he objected to the plan."

“Skirting federal law that forbids kickbacks for patient referrals, the University of Medicine and Dentistry of New Jersey paid at least nine local cardiologists in private practice salaries and stipends as high as $150,000 to become "clinical assistant professors" in an effort to increase the number of patients in the university's troubled heart surgery program.”

"According to other depositions in the case, local cardiologists were recruited after UMDNJ administrators began pulling together lists of practices with large numbers of patients. The university had spread sheets with estimates for the number of catheterizations that could be expected from the medical groups they were approaching."

Click on the following link to read the full article: How UMDNJ pumped up its heart program.

"This is something that is unconscionable."

"You can't pay somebody to direct patients to your hospital. It's just unconscionable -- morally, ethically, and it's criminal."

"We've got great physicians in the state and great hospitals. This just gives us a black eye."

"When a physician refers you to a certain hospital, the assumption is that hospital is the best hospital for you in that condition. You never think, 'Is that physician doing it for his own financial health?'"

Senate health committee chairman Joseph Vitale (D-Middlesex) has stated that UMDNJ appeared to have "offered what are essentially no-show jobs in exchange for patients."

John Inglesino, a member of the federal monitor's staff overseeing the university, was quoted in connection to its own investigation as stating, "We have been conducting interviews, gathering documents and investigating anti-kickback violations, as well as Stark Law violations," said Inglesino. "We will be issuing a report shortly and will be providing a copy to the U.S. attorney."

Click on the following link to read the full article: UMDNJ's payment to cardiologists is probed.

At UMDNJ, an attempt to cover up $36M fraud

"According to the school's federal monitor, the state's medical university took in $36 million in illegal Medicare and Medicaid payments as part of a kickback scheme designed to bolster its troubled cardiac surgery program, and top school officials conspired to cover it all up"

Gov. Jon Corzine said he was "troubled" by the allegations raised by the monitor, but had not yet read the report. He said he has already asked his chief counsel, Kenneth Zimmerman, to look into the matter.

Click on the following link to read the full article: No-show jobs for MDs led to referrals.

At UMDNJ an attempt to cover up $36M fraud
Corruption reported at N.J.med school
Overseer finds kickback plan at university