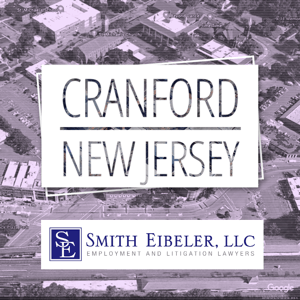 Our law firm is located in Monmouth County at the Bell Works building in Holmdel, New Jersey.

Cranford is a township in Union County, New Jersey. It has been named the best downtown in New Jersey. Cranford was ranked 34th best place to live by New Jersey Monthly in 2010.

Cranford is 4.8 square miles. It borders nine municipalities: Garwood and Westfield to the west; Springfield Township and Kenilworth to the north; Roselle and Roselle Park to the east; and Linden, Winfield Park and Clark to the south. According to the 2010 census, there were 22,625 residents living in Cranford and 8,583 households with a median household income of $107,052.

Cranford was established in 1871. The name was derived from the Crane family. The Cranes were the first to settle in the Rahway River area in the early 18th century. They built mills and established a farm on the Rahway River. Josiah Crane, third generation of the Crane family, built a home for his son in 1840. This home was sold to the Phillips family. It was restored by the Cranford Historical Society and now a museum called the Crane-Phillips house.

The Rahway River Parkway includes many parks throughout Cranford. A few of these parks are Lenape Park, Nomahegan Park and Sperry Park. In 1936, two tusks from an ancient American Mastodon were found in Lenape Park. They are the only known Ice Age mastodon specimens found in Union County. Nomahegan Park is found on the Union County College campus. Union County College is the oldest community college in New Jersey. Also found on the Union County College campus is the Sperry Observatory. It houses two of the largest telescopes on the east coast opened to the public. Sperry Observatory and Sperry Park are named after William Miller Sperry, Co-Founder of S&H Green Stamp reward program, one of the first retail royalty programs in the country. Sperry Park is known for its annual Rubber Ducky Derby.

There are a few other area attractions. Droescher’s Mill, constructed by Benjamin Williams in 1737, is the oldest continuously operated commercial building in New Jersey and the last remaining mill on Rahway River. Cranford Canoe Club is located along the Rahway River. It is one of the oldest canoe clubs in the United States.

Cranford has taken an active role in developing its downtown area. In the 1980s, Cranford renovated the area to have a Victorian look. A few business neighborhoods include The Riverfront, Cranford Business Park, Cranford Crossing and Centennial Village. These areas are full of retail shops and restaurants, corporations and small businesses. A few local restaurants and bars are Yale Terrace Brewery, Ciao Bella and Kilkenny House.

The Cranford Township Public Schools consist of seven schools and had an enrollment of 3,986 students in 2014-2015 school year. The Carpenters Union and Sheet Metal Workers Local 22 have offices are also located in Cranford.

Adventures of Pete and Pete, a Nickelodeon television show from 1990s was filmed in Cranford. Scenes from the films Far from Home, Garden State and September 12 were filmed in Cranford. Cranford is the setting for the film Guess Who, starring Bernie Mac and Aston Kutcher. Famous people who have lived in Cranford include Rutgers baseball pitcher, Patrick Pepe and Rutgers place holder Michael Jones.