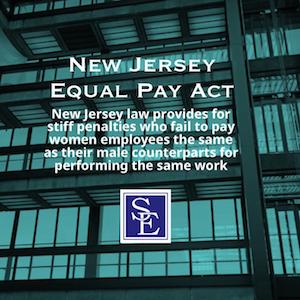 The Lily Ledbetter “Fair Pay Act” is a federal law that amended the Civil Rights Act of 1964 to address unfair pay practices of employers throughout the country. The Fair Pay Act extends the 180-day statute of limitations for aggrieved person to file an equal pay lawsuit with each pay check that is considered discriminatory. This means that the statute of limitations to file a federal equal pay lawsuit begins on the date the last discriminatory paycheck, not the initial discriminatory wage decision. The unfair wage gap for women and minorities to their male counterparts was addressed when President Obama signed the Lilly Ledbetter Fair Pay Act on January 29, 2009. The reason for this legislation was to restore protections against pay discrimination that has been taken away in the Supreme Court’s Ledbetter v. Goodyear Tire & Rubber Co. decision.

Lilly Ledbetter was one of a few female supervisors who worked at a Goodyear plant in Alabama. She worked there for almost twenty years. At the plant, she faced sexual harassment and her boss told her that he did not believe a woman should work there. Many of her co-workers talked openly about the amount of overtime pay they were receiving at a time when Goodyear prohibited employees from discussing their salaries. At the time, Ms. Ledbetter had no way of knowing that she was being discriminated against in terms of her wages until she learned that the salaries of three of the male managers doing similar work was significantly higher than her salary. After learning of the wage discrepancy, Ms. Ledbetter filed a complaint with the Equal Employment Opportunity Commission (“EEOC”). At trial, the jury found in Ms. Ledbetter’s favor and awarded her back-pay and approximately $3.3 million in compensatory and punitive damages due to the pay discrimination.

However, the Court of Appeals for the Eleventh Circuit reversed the jury verdict, holding that Ms. Ledbetter had filed her case too late despite the fact that Ms. Ledbetter continued to be on the receiving end of the original discriminatory pay for which she originally complained. The Court of Appeals reasoned their decision on the fact that Goodyear’s initial decision to discriminate against Ms. Ledbetter was made years earlier, or more than 180 days from the date she filed suit. The Supreme Court subsequently upheld that decision in a 5-4 vote by ruling that employees could not sue for ongoing pay discrimination if the employer’s original, yet discriminatory pay decision occurred more than 180 days earlier. This is true even in the case when an employee continued to receive the discriminatory reduced wages.

If you feel you have been unfairly subjected to discriminatory wage practices by your employer, please call our office to speak to one of our New Jersey Employment Lawyers to discuss the specifics of your equal pay claim.