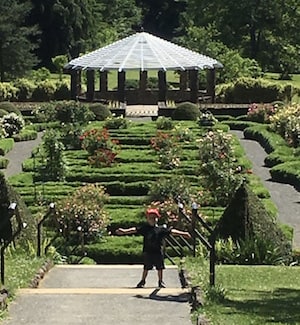 Middletown is a municipality within Monmouth County, which is located in central New Jersey. Middletown is bordered to the north by Keansburg, to the west by Holmdel and Hazlet, to the south by Colts Neck and Tinton Falls, and to the east by the Highlands and Red Bank. Middletown has a total area of 58.735 square miles, which includes 17.746 square miles of water. The town is home to several large parks, including Deep Cut Gardens, Tatum Park, Poricy Park Nature Center, Tindall Park, McMahon Park, and Dorsett Park. Middletown is also bordered to the north by the Raritan Bay, which separates it from Staten Island and Brooklyn.

Employers in Middletown include Food Circus Super Markets, Inc., Brookdale Community College. The township provides convenient access to New York City, and many of the residents commute to occupations in the city via the bus, train or ferry. Residents commuting to NYC use either the New York Belford Ferry that operates to NYC from Belford or the Seastreak ferry operates from Atlantic Highlands and Highlands to NYC.

Middletown has many different parks and hiking trails, including Tatum Park and Huber Woods. Middletown is also the home of Deepcut Gardens, which includes 54 acres of gardens and gardens that is open to the public.

Some of the practice areas our Middletown employment lawyers have successfully litigated claims on behalf of employees include the following:

The Municipal Court for Middletown is located at 1 Kings Highway, Middletown, New Jersey. Our New Jersey employment lawyers can file a lawsuit and have it properly venued in Monmouth County Superior Court if one of the parties lives in Middletown or if the employer regularly conducts business within the town or other location within Monmouth County.

Contact Us to Speak to One of Our Middletown Employment Lawyers