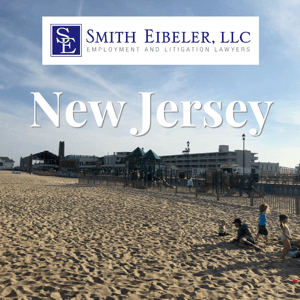 New Jersey, also known as the Garden State, is located in the Mid-Atlantic region of the United States of America. New Jersey is a peninsula surrounded by the Atlantic Ocean, Delaware River and the Delaware Bay to the south and east. The state also shares borders with New York to the north, Pennsylvania to the west and Delaware to the south.

New Jersey was inhabited by Native Americans of the Lenni-Lenape tribe. Henry Hudson was one of the first explorers to discover the area that would become New Jersey. In the 1600s, Dutch and English settlers came to the area. The Dutch established a colony near the Hudson River called New Netherland. Shortly thereafter, a Swedish colony was founded along the Delaware River. In 1664, the English conquered the region and named the area between the rivers New Jersey after an island in the English Channel. Later, King James gave this land to two friends of the crown, Sir George Carteret and Lord Berkeley of Stratton. These two proprietors allowed religious freedom to all inhabitants of New Jersey, as long as they paid a fee. In 1674, Berkeley sold his share of New Jersey to the Quakers.

New Jersey was one of the original 13 colonies and created its first Constitution of New Jersey in 1776. Two days after this constitution was enacted, the Declaration of Independence was signed by all five New Jersey representatives. New Jersey was very involved in the American Revolution due to its proximity to Philadelphia. It has been referred to as the “Crossroads of the Revolution”. Between 1776 and 1780, General George Washington led the Continental Army in five major battles all located in New Jersey.

New Jersey prospered during the Industrial Revolution due to its proximity to rivers and development of modern transportation. Mills were built along waterways to harness waterpower. Steamboats and improved locomotion allowed for better transport of goods and products to larger markets in New York City and Philadelphia.

New Jersey is the birthplace many modern inventions such as FM radio, the motion picture camera, the lithium battery, the light bulb, transistors, and the electric train, the drive In movie, the cultivated blueberry, cranberry sauce, the postcard, the boardwalk, the zipper, the phonograph, saltwater taffy, the dirigible, the seedless watermelon, the first use of a submarine in warfare and the ice cream cone.

Climate change is affecting New Jersey faster than much of the rest of the United States. In a 2019 study, New Jersey was one of the fastest-warming states in the nation in a 2019 study. Since 1895, average temperatures have climbed by almost 3.6 degrees Fahrenheit, double the average for the other continental states.

In a 2018 article by U. S. News and World Report, New Jersey’s educational system was ranked second in the nation, right after Massachusetts. There are approximately 605 school districts in the state. There are 11 state colleges and universities and 19 county colleges, along with various private colleges and universities. Princeton University and Rutgers University (formerly knows as Queens College) are the oldest institutions in New Jersey, dating back to the 1700’s.

There are so many different types of industry in New Jersey. New Jersey has always had a concentration in the agriculture, but has expanded into the pharmaceutical industry, biotechnology, information technology, the financial industry, chemical development, telecommunications, food processing, electric equipment, printing, publishing and tourism. Shipping is an important industry in New Jersey. The Port of New York and New Jersey is the busiest port on the East Coast. The Port Newark-Elizabeth Marine Terminal was the world’s first container port and remains one of the largest. New Jersey also has a solid service industry; focusing in real estate, education and retail. The municipality of Paramus generates over $6 billion in annual retail sales, which is the highest in the country. Some of the largest employers in New Jersey are Wakefern Food Corporation, Rutgers University, Walmart, Verizon and UPS.

New Jersey is home to many musicians. Most famously Frank Sinatra, Count Basie, Bruce Springsteen, Jon Bon Jovi, Queen Latifah, Whitney Houston and Dionne Warwick. The Stone Pony, The Count Basie Theater, The Strand Theater, The Wellmont Theater, Asbury Park Convention Hall, Boardwalk Hall are just a few historical music venues that can be found in New Jersey. “Rock Around the Clock”, the first rock n roll record, was first performed in Wildwood, New Jersey in 1954 and the city is claimed to be “the birthplace of rock n roll”.