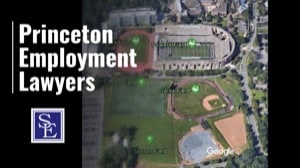 New Jersey maintains a strong public policy to end workplace discrimination. The New Jersey Law against discrimination makes it unlawful for an employer or place of public accommodation to discriminate against employees and individuals. The Princeton discrimination lawyers of Smtih Eibeler have decades of experiencing litigating wrongful discharge cases on behalf of employees.

Princeton is a municipality located in Mercer County, New Jersey. In 2011, residents of Princeton Township and the Borough of Princeton voted to merge their communities. The total number of residents in the former municipalities was 28,572 according to the 2010 census.

Total area of Princeton is 18.363 square miles and is located equidistant from New York City and Philadelphia. Princeton is located near many major roadways, railways and airports, making this town very accessible. Ranked 15th of top 100 towns to live and work in by Money magazine in 2002.

Harry Greenland was the first European to reside in Princeton. House built in 1683 along with his tavern. This is where representatives from East and West Jersey met to discuss boundaries. Richard Stockton, one of the founders of the township died in 1709 and left his estate to his son, John Stockton who helped develop the town.

In 1777, General George Washington led the Continental troops in a surprise attack against the British, forcing British troops out of the area, otherwise known as The Battle of Princeton. After the battle, the town hosted the first legislature to decide a State seal, Governor and organization of the New Jersey government.

New Jersey’s Governor residence has been located in Princeton since 1945. Morven, the former residence of the Stockton family, was the first mansion. It was later replaced with Drumthwacket, Gaelic for “wooded hill”. Morven is now a museum property of the New Jersey Historical Society. Other local historic sites Princeton Cemetery, Quaker Meeting House, Rockingham and Updike Farmstead.

Princeton is also home many other diverse educational institutions. Westminster Choir College is a residential conservatory of music presently owned by Rider University. The College was founded in 1920 and located at the Westminster Presbyterian Church of Dayton, Ohio. The college briefly moved to Ithaca College in New York before establishing Princeton its home in 1932. Princeton Theological Seminary the first and oldest seminary in America of the Presbyterian Church was established in 1812. The Institute for Advanced Study (IAS) is an independent postdoctoral research center for theoretical research and intellectual inquiry. The center was founded in 1930 and maintains the “Institute Woods” which covers 800 acres. One of the most famous faculty from AIS was Albert Einstein.

Princeton Public Schools service student throughout Princeton. The high school also services students from neighboring Cranford. These schools had an enrollment of 3,390 as of 2014-2015 school year. Additional schools in the area are Princeton Charter School, The Lewis school of Princeton, Princeton Day School, Princeton Friends School, Hun School of Princeton, and Stuart Country Day School of the Sacred Heart. There is also a local county college located in Princeton, Mercer County Community College.

Princeton has many local attractions, such as Terhune Orchards and Princeton Canoe & Kayak Rental. The Princeton Public Library was first found in 1909 and has since changed locations within Princeton twice. Yankee Doodle Tap Room, The Peacock Inn and Blue Point Inn are a few restaurants in the area.