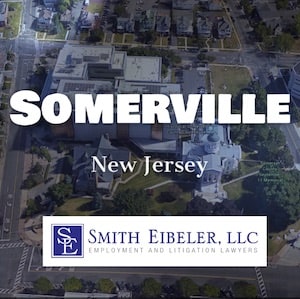 Somerville is a borough located in Somerset County, New Jersey. It is the county seat for Somerset County. Somerville is 2.362 square miles and borders Bridgewater Township, Hillsborough Township and Raritan. According to the 2010 census, there were 12,098 people living in Somerville with 4,591 households. The household income was $69,836.

Somerville was settled in 1683. It was the center of the Middlebrook Revolutionary War encampment of 1778-1779. George Washington was stationed in Somerville. He rented the Wallace House. There, Washington set up office where his aides took care of his paperwork and letters to Congress. Alexander Hamilton was one of his aides, and later became our first Secretary of the Treasury.

Paul Robeson grew up in Somerville. He was one of America’s most controversial labor and civil rights activists of the 1950s. He was also a bass baritone concert singer, stage and film actor, professional athlete in the NFL and political activist. After attending Rutgers College (University) and Columbia Law School, Robeson became a world-renowned popular entertainer of stage, screen and in concert. Robeson began to speak out about social injustices around the world. His controversial speeches resulted in being blacklisted during the McCarthy era and his career as an entertainer ended. He has been honored with the Spingarn medal from the NAACP, a Lifetime Achievement Grammy Award, a star on the Hollywood Walk of Fame and members of the American Theater Hall of Fam and the College Football Hall of Fame, to name a few.

The oldest competitive bicycle race in the country takes place in Somerville. The Kugler-Anderson Memorial Bicycle Race or Tour of Somerville is a 50-mile race that began in 1940. The race is named after the first two men to win the race; Furman Kugler and Carl Anderson. They fought and died in World War II. This race is now held on Memorial Day weekend in honor of all American heroes.

Somerville Public Schools had an enrollment of 1,690 students at its three schools. Students from neighboring Branchburg Township also attend Somerville High School. There are two schools run by the Roman Catholic Diocese of Metuchen; Immaculata High School, a private high school founded in 1962; and Immaculate Conception School is a private grammar school founded in 1957.

There are many local attractions. One is the Old Dutch Parsonage. It was the home of Reverend Jacob Rutsen Hardenbergh who established Queens College, which is now Rutgers University. This building was moved in 1913 when the Central Railroad of New Jersey came to town.

Downtown Somerville is a very diverse. Many historic buildings are now the home to new shops and restaurants. A few of these restaurants are Wolfgang’s Steakhouse, Yokohama Sushi and Café Picasso.

Robert Wood Johnson University Hospital and the Somerset County governments offices are located in Somerville and are the areas top employers.

A few famous people from Somerville are Frederick Wilson Hall an Associate Justice of New Jersey Supreme Court; Lorenzo DeLuca of Café Picasso, Reggie Harrison former NFL running back for Pittsburgh Steeler and St. Louis Cardinals; and actor Lee Van Cleef, known for The Good, the Bad and the Ugly; For a Few Dollars More, and Escape from New York.