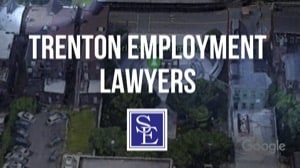 Trenton is situated equidistant between New York City and Philadelphia. The city is a total of 8.15 square miles. Trenton borders Ewing Township, Hamilton Township, Lawrence Township in New Jersey and is across the Delaware River to Falls Township, Lower Makefield Township, Morrisville in Pennsylvania. Trenton is the 10th most populated municipality in New Jersey. It has a population of 84,913. There are 25,578 households with median income of $36,601. The city of Trenton is one is considered an Urban Enterprise Zone, which means that there is reduced sales tax of 3 ½% at eligible merchants.

The City of Trenton became the capital of New Jersey in 1790. It is the county seat of Mercer County. It briefly held the title of capital of the United States in 1784. Originally called the Falls of the Delaware, Trenton was first settled in 1679 by English Quakers led by Mahlon Stacy. In 1719, the town was called Trent- towne after William Trent, a merchant trader, who purchased land from Stacy’s family. The town name was later shortened to Trenton.

The site of the Battle of Trenton was William Trent’s home. The building was used by Hessian troops. The British were defeated by George Washington and his troops after crossing the Delaware on December 25, 1776. This was George Washington’s 1st victory of the Revolutionary War.

The Trenton Six was a group of black men arrested in 1948 for allegedly murdering a white man with a soda bottle. These men were arrested without warrants, denied lawyers and sentenced to death based on their coerced confessions. With the assistance of Communist Party and the NAACP, several appeals were made and eventually four of the accused men were released. Two of the men were convicted.

The Trenton Riots of 1968 took place the week following the assignation of Martin Luther King on April 4, 1968. Race riots broke out all over the country. More than two hundred (200) downtown businesses were ransacked and burned. Hundreds of people were arrested on charges ranging from assault and arson to looting and curfew violations. Sixteen (16) policemen and fifteen (15) firefighters were treated for smoke inhalation and injuries incurred from fighting fires and rioters.

Trenton was one of two major ceramic producing centers in the United States in 19th and 20thcenturies. In fact, Thomas Maddock, a ceramic leader in Trenton, refined the flush mechanism for the toilet. Trenton was also a major manufacturer of wire rope, rubber, and cigars. Trenton adopted the slogan “Trenton Makes the World Takes” in 1917. This slogan can be found on the Lower Free Bridge. Today, the State of New Jersey is the largest employer in Trenton. A few other employers are The Hibbert Group, NJ Manufacturers Insurance Capital Health Systems, Parsons Advanced Technologies and Thomas Edison State University. Also located in Trenton is the Italian People’s Bakery wholesale and retail bakery. This business was established in 1936.

A few historic sites include Adams and Sickle building, a former Soda fountain and corner drug store; Friends Burying Ground, the burial site for many national and state political figures; and Trenton Friends Meeting House which dates back to 1739. The primary hospital of War of 1812 was located on Broad Street in what is now downtown Trenton.

Trenton free public library is the oldest library in New Jersey was founded in 1750 by Dr. Thomas Cadwalader. Ben Franklin purportedly purchased the first 50 books for the library. It was destroyed by the British troops in 1776 and reopened five years later. Only four original books have survived all these years and can be found in the Trentonian Department.

Norman Schwartzkopf Jr. was born in Trenton on August 22, 1934. His father was the founding Superintendent of the New Jersey State Police and was the lead investigator in the 1932 Lindbergh baby kidnapping case. David Dinkin, the first black mayor of New York City, grew up in Trenton.