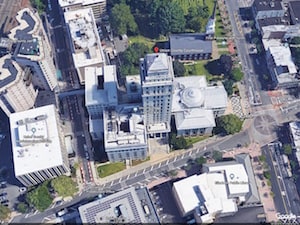 Union County stretches from Summit in the north, Berkeley Heights in the east, Elizabeth in the west, and Rahway in the south. Union County has a total area of 105.40 square miles, which includes 2.55 square miles of water. It is bordered on its eastern side by Staten Island. Union County is home to several large parks, including Black Brook Park, Echo Lake Park, Lenape Park, and Hawk Rise Sanctuary. 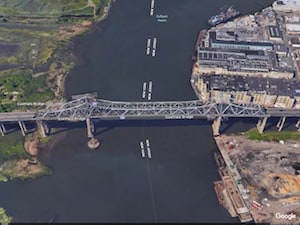 Some of the practice areas our Union County employment lawyers have successfully litigated claims on behalf of employees who live or work in Union County include the following:

Cranford Elizabeth Union Township Westfield
DISCLAIMER: The information you obtain at this site is not, nor is it intended to be, legal advice. You should consult an attorney for individual advice regarding your own situation.
Contact Us
Employment Law
Client Reviews
★★★★★
We had a wrongful termination issue combined with a denial of unemployment insurance. Chris Eibeler was our primary attorney. His partner Bob Smith also consulted and gave us good advice. They were both so kind, caring, and professional. They guided us though a very tough time and a positive outcome versus a prior employer. They were also able to reverse our denial of unemployment insurance. I cannot recommend Smith and Eibeler highly enough. The entire staff is very professional, personable, and caring. Tom Wilson
★★★★★
I went to Smith Eibeler LLC for a last minute unemployment matter. Chris, Diane and his staff were very professional and easy to talk to. They provided knowledgeable insight and also kept me in the loop with the what was happening. I would not hesitate to go to him again. John Jung
★★★★★
Chris Eibeler (and the whole team) is very knowledgeable in all aspects of employment/unemployment here in NJ. They break down the most difficult aspects of the law, which allows you to conceptualize and better understand the complexities of the NJ Labor & Employment system. Smith Eibeler should be your first call regarding any Employment, workforce, or Labor questions here in New Jersey. I highly recommend them. Brian Allen
★★★★★
I approached Chris Eibeler regarding an unemployment case in early 2016. Him and his staff are some of the most professional people I have ever dealt with. The process took a while, but his approach to hard questioning helped me win my case. He knows how to get the job done and I am glad I went to him. I would recommend him to anyone in the future who asks for a lawyer. Thank you Chris! Tim F.
★★★★★
I highly recommend the office of Smith Eibeler for employment related issues, particularly anything related to restrictive covenants or post-employment contracts. I found Smith Eibeler via the web and cannot believe how fortunate I am to have found them. My case was handled by Bob Smith who represented me in a potential lawsuit by my former employer for violation of a post-employment contract (not a restrictive covenant per se). Bob was professional, friendly, understanding, and above all extremely helpful. Bob helped me avoid a lawsuit and was extremely knowledgeable in this field. I was thoroughly impressed with his prowess. Hopefully I will never have a legal issue related to employment again, but if I do, I will not hesitate to retain Smith Eibeler again! Gavin Tully
View More
Submit a Law Firm Review and Testimonial