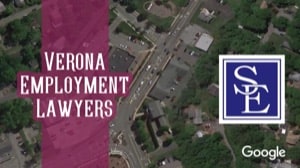 Verona is a borough located in Essex County, New Jersey. In 2008 New Jersey Monthly ranked Verona as #3 Top Places to live in New Jersey. It is 2.78 square miles. Bordered by West Orange, Cedar Grove, Montclair, Essex Fells and North Caldwell. Lies between the First and Second Watchung Mountains. According to the 2010 census, there were 13,332 residents and 5,315 households with median income of $93,839.

Verona and the surrounding area was originally known as the Horseneck Tract. This land was purchased by a group of settlers from Newark from the Lenni Lenape Native Americans in 1702. This area was later named Caldwell Township in honor of a local Revolutionary war hero, James Caldwell. In 1892, Verona seceded from Caldwell Township.

Eagle Rock Reservation was used by George Washington and his troops during the Revolutionary War as an observation post.

There are many parks in Verona, some of them include West Essex Trail; Kip’s Castle Park; Lenape Trail and Verona Park. Verona Park was designed by the Olmstead brothers whose father designed New York City’s Central Park. Verona Park is 54 acres and includes a boathouse and 13-acre lake used for boating and fishing.

Annin & Co. was located in Verona from 1916 to 2013. It was the largest flag manufacturer in the world. In fact, Annin & Co. was the official flag manufacturer to the United Nations. The flags at Iwo Jima, North and South Poles, and the rubble of the World Trade Center were produced in Verona, New Jersey. The Verona plant also produced the flags for Apollo 11 lunar landing that were later given out as mementos. The patches on the astronauts’ uniforms were also produced in Verona.

According to the 2017-2018 school year, there were 2,225 students enrolled in the Verona Public School District. There is also a catholic grammar school in town; Our Lady of the Lake. This school has been given national recognition awards multiple times. The Children’s Institute is another private school. This school services children with learning, language and social challenges.

The Essex Mountain Sanatorium opened in 1902. Originally an orphanage and called The Newark City Home was established in 1873.The school became vacant due to a decrease in enrollment. During a Tuberculosis outbreak in Newark, the school was turned into a sanatorium. The disease was essentially cured in the 1950’s. By the 1970’s, most of the buildings were no longer in use and used as overflow for Overbrook psychiatric hospital. The hospital closed its doors in 1982. The site is now part of the Essex County Park System as the Hilltop Reservation.

The Verona Fire Department was organized in 1909. It is the largest volunteer department in Essex County. A few local restaurants in the area are Ariane Kitchen and bar, Bloom, the Verona Inn Tavern.