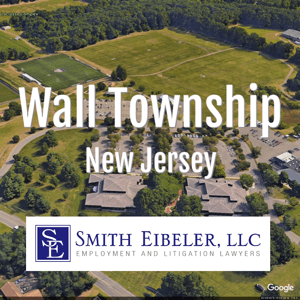 Our law firm is located in Monmouth County at the Bell Works building in Holmdel, New Jersey. Our office is located less than one mile from Exit 114 off the Garden State Parkway.

There is a lot of history in Wall Township. The Township was named after General Garret D. Wall (1783-1850), a lawyer who commanded a volunteer company stationed in Sandy Hook during the War of 1812 and eventually was elected to U.S. Senate. Allaire Village, located in Wall Township, originates back to 1822 when James P. Allaire purchased Howell Works. It was the largest bog iron manufacturing site in New Jersey. The property was purchased in 1901 by Arthur Brisbane, editor of Hearst publications. Brisbane built an estate and then gifted to the State of New Jersey. It is now known as Allaire State Park and the Historic Village at Allaire, a non-profit educational organization. The Marconi Wireless Telegraph Company set up a receiver in Wall Township for its commercial transatlantic radio operations. The Marconi site fell into the hands of the Ku Klux Klan before being purchased by the United States Army in 1941 and named it Camp Evans. It is now home to the InfoAge Learning Center, a museum part of the NASA Digital Learning Network and a satellite campus of Brookdale Community College.

Some of the areas’ largest employers are located in Wall Township. A few of these are New Jersey Natural Gas, Jersey Strong, Hackensack Meridian Health Systems and Blue Cross Blue Shield.

Famous persons who live or have lived in Wall township include Peter Criss (the Catman) drummer of the band KISS; Rusty Schweickart, astronaut; and Superbowl Champion Tim Wright.